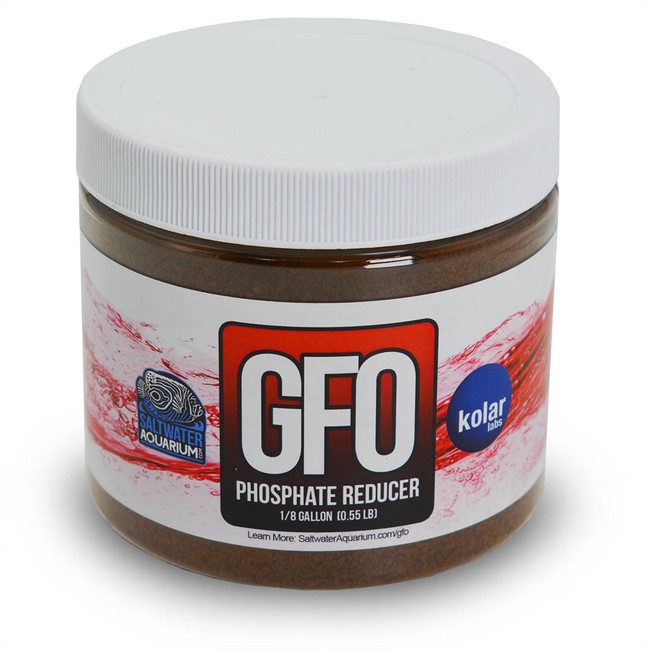 This GFO is the Original GFO Bayoxide E33. High phosphate levels are a recipe for disaster in saltwater aquariums. It is a nutrient for nuisance algae and also hampers the formation of calcium skeleton in corals. There are several different methods for dealing with phosphate levels but one they I like is using granulated ferric oxide (or GFO) in a media reactor. GFO is best used with a media reactor for several reasons.

PRO TIP - When using GFO in a media reactor watch the flow rate of the water through the media. It does not need to be very fast at all. You don't want it looking like boiling water where it is throwing up small particles in the reactor. You just want the very top inch or less turning over ever so slightly like water right before a boil. Otherwise you will get GFO dust all inside your sump and possibly inside your display tank. Depending which reactor you choose, it is a good idea to run the output of the reactor into a filter sock. Worst case scenario some GFO fines get into the filter sock but this way you can avoid the disaster of GFO fines everywhere.

Why Choose to Shop with Us?